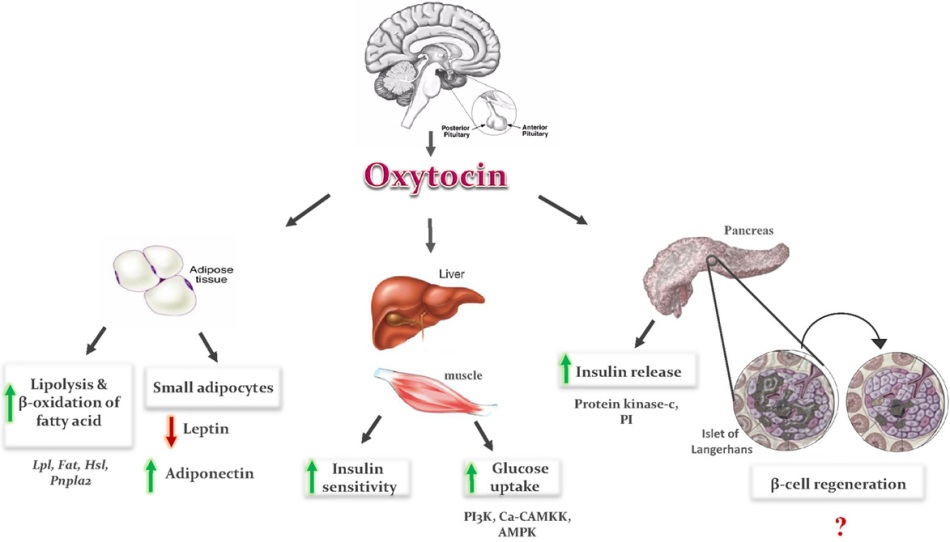 Oxytocin the so-called “love hormone” is being increasingly shown to trigger a wide variety of physical and psychological effects in both women and men. Once associated primarily with labor, breastfeeding and maternal bonding, research shows that the role of oxytocin, sometimes called the love hormone or the cuddle hormone, extends beyond the realm of motherhood. It plays a role in healing as well as your happiness and well-being.

The hormone’s influence on our behavior and physiology originates in the brain, where it’s produced by the by a structure called the hypothalamus, and then transfers to the pituitary gland which releases into the bloodstream.. Like antennas picking up a signal, oxytocin receptors are found on cells throughout the body. Levels of the hormone tend to be higher during both stressful and socially bonding experiences, according to the American Psychological Association.

It has been found that even small expressions of support between family members and friends will stimulate the release of oxytocin.

What this means is that love, trust, sincerity, and heartfelt touch can actually prompt the body to heal on a physical level. When oxytocin levels are stable and elevated, the physical body benefits as much as the mind.  Various studies have suggested:

There are several ways to deliver oxytocin replacement without an injection or nasal spray:

To schedule an Age Management/Hormonal evaluation, call (281) 367-4700 or e-mail us directly at vitadoc2@gmail.com.